Why You Pay When Your Pet Is Overweight

Why You Pay When Your Pet Is Overweight

This is the story of a 5-year-old Samoyed called Keezley. Unfortunately, Keezley has a food fetish and nothing is safe, not the cat’s litter box, not unguarded loaves of bread sitting innocently on the counter. When it comes to food, Keezley has no shame and cheerfully resorts to theft. Her larceny has added 20 pounds to her robust 50-pound frame and put a serious dent in owner Susi Sweeny’s wallet.

Her weight gain puts Keezley at risk of developing joint problems and canine diabetes, both of which are expensive to treat and require medications, special diets, tailored exercise regimes and frequent visits to her vet. 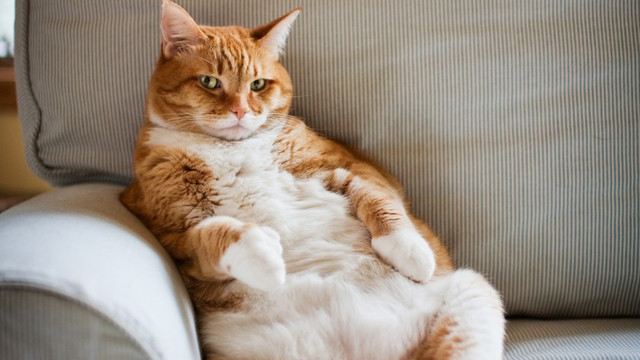 Adam Dell, spokesperson for Nationwide pet insurance observed the average treatment for diabetes was $1,000 per claim in 2015. However, that is a fraction of the cost of the 1.3 million obesity-related claims Nationwide processed in 2015, and an even smaller sliver the United States total costs, given the size of the U.S. pet insurance industry and the millions of pets with no insurance

Prevention remains the best way for owners like Susi to avoid the costs of complications of pet obesity. The preventative measures owners can take varies between dogs and cats, as do the associated costs.

Restricting the calories in your cat’s diet, without veterinary supervision can send them into liver failure, said Dr. Carol McConnell, the chief veterinary medical officer for Nationwide. This is because cat ancestors were solitary hunters preying on insects, mice and other small animals so and their systems were designed for eating constantly.

Proud cat owner Jeanne Gregory has tried just everything to get My Big Kitty her ample 40-pound Maine Coon Tabby, to exercise. The cat did not take to chasing a laser pointer’s light, instead preferring to flop on the floor and swat at the light with her paw. Walks failed, too, because My Big Kitty did not take kindly to being on a leash!

Instead, Gregory and her vet came up with an ingenious plan. She stuff’s a $3 cat toy with dry cat food. It takes around 45 minutes of swatting the ball around for My Big Kitty to convince all the kibble to pop out. Since My Big Kitty follows her around her condo, Gregory is walking around the house a lot more. Is this a case of the cat walking its owner?

Unlike cats, you can restrict your dog’s calorie intake without anything drastic happening, said McConnell. Dog ancestors hunted in packs for large animal prey and then feasted together, and they went a long time in the wild between meals.

Unfortunately, cutting calories is not always just a matter of giving a dog less food. Many owners choose specialty dog foods that are high in fiber to curb their dog’s hunger, said Dr. Jennifer Larsen, associate professor of clinical nutrition at the University of California, Davis Veterinary Teaching Hospital. This special food often costs twice as much as normal dog food.

Special diet food is also bought from veterinarians, and administered under the vet’s supervision to avoid complications and these costs also add up.

“We paid about $180 per month for Keezley diet dog food, which is double what we pay for her usual food,” said Sweeny. In addition a nebulizer and medication costing over $200 She also switched to natural treats of apples, vegetables, and dried chicken.

Increasing the amount of exercise for an obese dog can also come with a hefty vet bill as obese dogs often suffer arthritis and other painful conditions that need to be managed, observed McConnell, resulting in more vet visits and medication.

Many dog owners prefer doggy exercise classes, which can cost $20 a session. Sweeny tried Keezley on these because her long walks were not helping Keezley lose weight, but Keezley stubbornly refused to lose weight from her agility classes, at $80 a month.

“She would stop after just four obstacles and expect a treat,” Sweeny said.

As an alternate, Sweeny tried to harness Keezley’s Alaskan roots and have her pull a weighted saucer sled she picked up for about $10. Keezley just looked at her in confusion. Finally, Sweeny found a workout her dog loved called “barn hunt” for the same price as agility classes, which involves climbing hay bales to sniff out rats in dog-proof cages.

Keezley has lost 8 pounds at a total cost of $2,800. But Sweeny is happy with the lesson learned: the cheapest problems are the ones you best avoid!